If I had to choose one gift to impart upon every person I meet – one master key that unlocks their potential – it would be bravery. We need radical bravery in our workplaces, our schools, our neighborhoods, and – God help us – in our politics. If more people committed to making brave choices daily, we would see stronger, more effective teams, less corruption, less unhealthy conflict, and more progress on the societal issues that truly matter.

Organizations need leaders committed to cultivating a culture of bravery, and who themselves are making brave choices in the face of uncertainty. The marketplace needs more business owners who are willing to step up and do the right thing for their employees and their communities, even at the risk of personal cost. And, society needs more people to cultivate brave, empathetic relationships with people who think differently from them.

My ambition with this manifesto is to inspire an epidemic of everyday bravery both in and out of the workplace.

Bravery Is Not What You Think

To begin, we need a good definition of what bravery actually ​is​. Most of our cultural reference points for bravery involve heroic actions like storming a beach, risking everything on an unlikely business deal, or casting caution to the wind on a massive career change.

Yes, those actions ​can​ be brave, but the call to bravery is not just about mustering courage in the face of overwhelming odds.

Bravery exists whenever someone a person engages in right action at the potential expense of their own comfort.​ Cowardice, on the other hand, exists when someone chooses self-protection at the expense of right action. It is possible to appear brave to others while actually behaving in a cowardly way, or to appear a coward to others while doing the brave thing. Others may not always know your internal considerations, and may filter your actions through their own biases.

Bravery exists in an environment of high agency, and high optimism.​ When there is a lack of either agency (belief that individual actions can make a difference) or optimism (there’s a possible better future), the environment is ripe for potential cowardice.

Leaders can help cultivate a culture of brave action by focusing on increasing both the level of perceived individual agency (by giving permission to speak and act), and the sense that a better future is possible for employees and for the organization as a whole (by tying decisions and actions back to core operating principles.)

What bravery is: Bravery is doing the right thing, as best you know it, even when it’s the uncomfortable thing.​ It’s needed now more than ever in the marketplace, in the political realm, and in our schools and neighborhoods. Most bravery in the world is exhibited in small, everyday actions, not big efforts.

Bravery is a choice, not a trait.​ People who choose to do the right thing in the face of personal cost are choosing to sacrifice their life and comfort for a better future. They are not superhuman. They are perhaps the most ​fully​ human.

Bravery is always empathetic.​ It’s about the other, not about yourself. The other might be a person or a core principle, but the brave person is always looking outward when deciding. The coward looks inward and to his own interests.

Bravery is action in spite of fear.​ People who act bravely feel fear and insecurity as much as everyone else. It’s just that they choose cause over comfort.

Bravery is willingness to fail in the pursuit of what matters. T​ hose who choose bravery recognize the risks, and proceed because they are driven by deeper principles.

What bravery is not: Bravery is not stupid risk.​ A brave person counts the cost, and decides to act because the cost of inaction is simply too vast to bear.

Bravery is not bravado. M​ any people (especially some politicians) love to put bluster ahead of action. However, brave people do not feel the need to posture. Instead, they allow their actions to speak for themselves. They are fine being misunderstood, and even unliked if that’s the cost of right action.

Bravery is not for a select few. ​There are opportunities to be brave everywhere and every day. The need for bravery is in the workplace, in the home, in relationships, in neighborhoods, and everywhere humans interface.

Bravery is not impulsive. W​hile brave actions often happen in a flash, the source of those actions are deeply-held beliefs about right and wrong, and a vision for a better future. Brave people are realistic optimists.

Be brave today, friends. Choose cause over comfort. Have the conversation. Make the thing. Dare to be a realistic optimist. 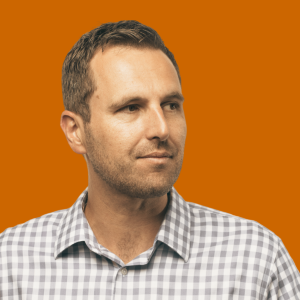